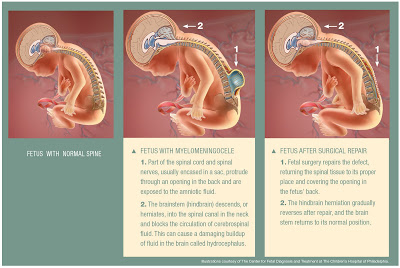 Unless otherwise noted, all photos are © The Children’s Hospital of Philadelphia 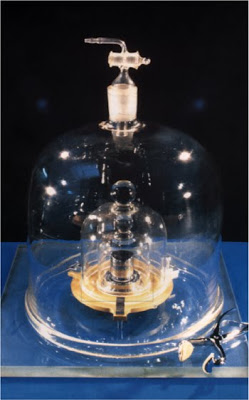 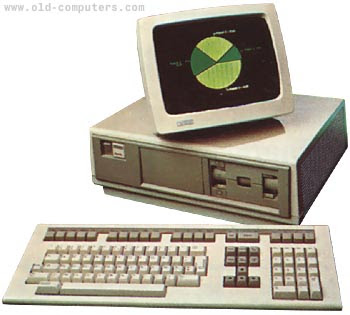 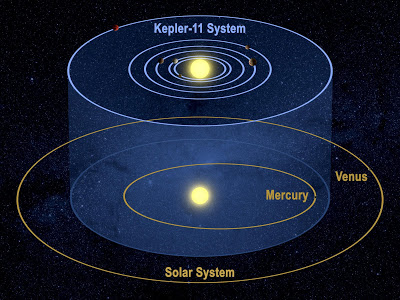 This artist’s conception shows the Kepler-11 planetary system and our solar system from a tilted perspective to demonstrate that the orbits of each lie on similar planes.
Image credit: NASA/Tim Pyle 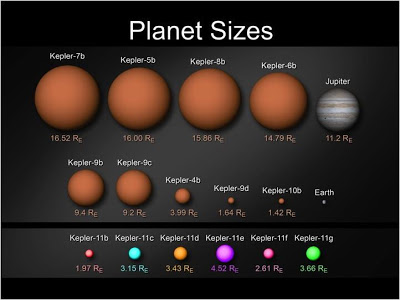 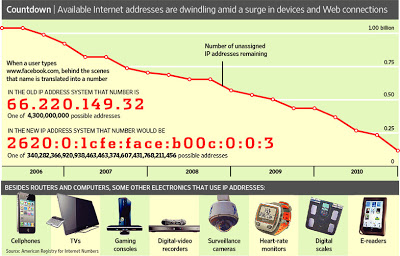 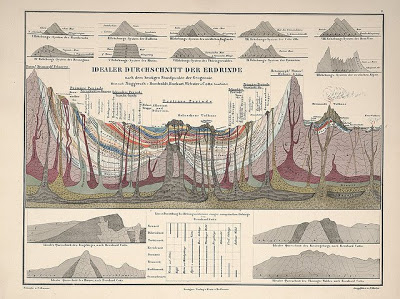 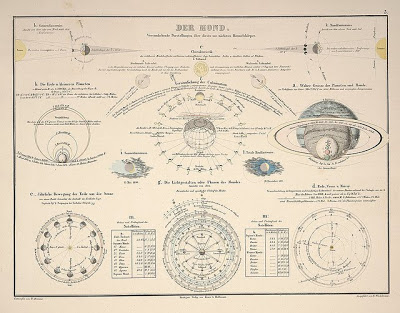 The rise of thematic or special purpose cartography, which focuses on mapping the distribution of single or multiple interrelated phenomena, had its origins in the advances in the natural sciences in the late eighteenth and early nineteenth centuries, particularly with the collection of vast amounts of scientific data and the search for innovative techniques of presenting this data graphically. Examples of early physical geography atlases in the Library of Congress include Alexander von Humboldt’s Atlas gographique et physique du royaume de la Nouvelle-Espagne (Paris, 1811), which records his observations during a 1799 to 1804 expedition to South and Central America; Heinrich Berghaus’s three-volume Physikalischer Atlas (Gotha, 1845 1848), the first atlas to portray the physical geography of the world; Alexander Keith Johnston’s Physical Atlas (Edinburgh, 1848), an English adaptation of the Berghaus atlas; and Traugott Broome’s Atlas zu Alex. v. Humboldt’s Kosmos [Stuttgart, 1851 1853], which was prepared to accompany Humboldt’s five-volume Kosmos, a complete physical geography of the universe. 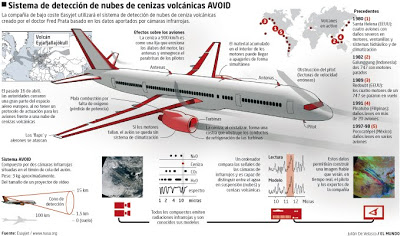 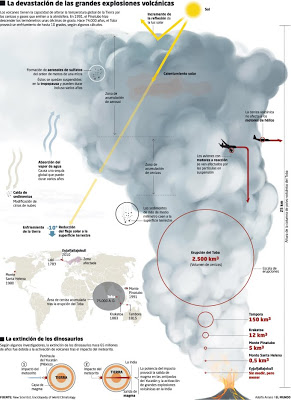 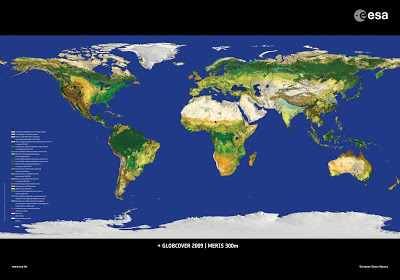 The map was produced using 12 months of data from Envisat’s Medium Resolution Imaging Spectrometer at a resolution of 300 m.
ESA and Belgium’s Université catholique de Louvain created the map using software developed by Medias France and Germany’s Brockmann Consult on data collected from 1 January to 31 December 2009. GlobCover 2009 was generated within a year of acquiring the final satellite data.

Some 8000 people have downloaded the previous version, GlobCover 2005. These maps are useful for studying the effects of climate change, conserving biodiversity and managing natural resources. 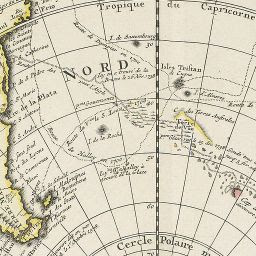 The family business of print and map selling was founded by Joachim Ottens but the active period of map publishing was concentrated in the years between 1720 and 1750 when the brothers, Reiner and Joshua, produced enormous collections of maps, some as large as 15 volumes. These, including copies of practically all maps available at the time, were made up to order and were magnificently coloured. Besides these specially prepared collections they also issued single-volume atlases with varying contents as well as pocket atlases. 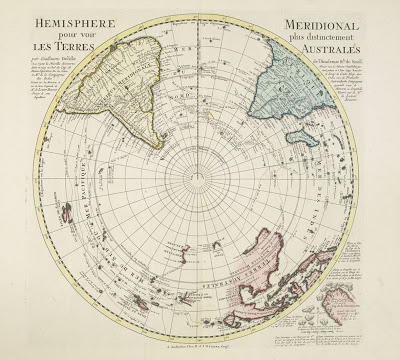 With the imprint of the Ottens family – rare. An Antarctic map including a recounting of the discovery of an island south of the Cape of Good Hope which was named Cap de la Circoncision in 1739. A small inset map of the discovered island appears in the lower right.
This circular map show the world in an unusual way: using the Poles as the center point of hemispheres that extend to the Equator.
With a text panel in upper left corner : Nouvelles découvertes de 1739 au sud du cap de bonne Esperance par les ordre de M. de la compagnie des Indes. Dressee sur les memoires et sur la carte originale de M. Lozier Bouvet cahrge de cette expédition. Same text in Dutch in upper right corner.
Joachim Ottens (1663 – 1719) and his sons Renier and Joshua were prominent Dutch booksellers and map publishers from about 1680 to 1790. Joachim, the founder of the firm, was initially employed as a copperplate engraver by Frederick de Wit. In 1711 Joachim founded his own firm. Though Joachim died only a few years later, his sons Renier and Joshua took over the firm and presided over its most prolific period. 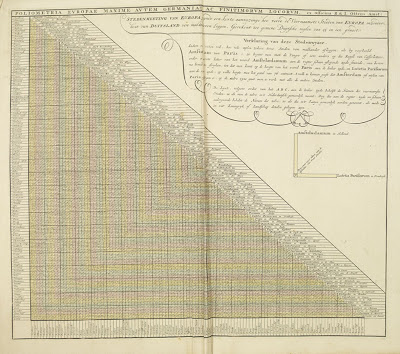 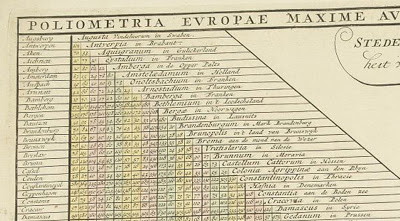 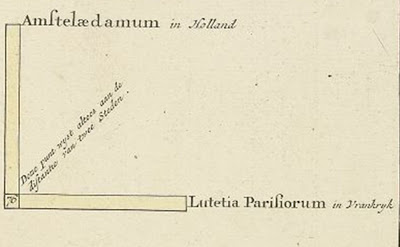 This unusual thematic chart shows the traveling distances from various European cities in a style that is still used in charts today.

Description: Scarce map showing approximately 83 smaller illustrations on all aspects of the military sciences, including methods for the construction of fortresses; artillery; sieges of cities; battles; army units, attacks from seaside etc., but Caspar Specht. The text of the legend in Dutch, text in the illustrations in French. Gorgeous old color example. 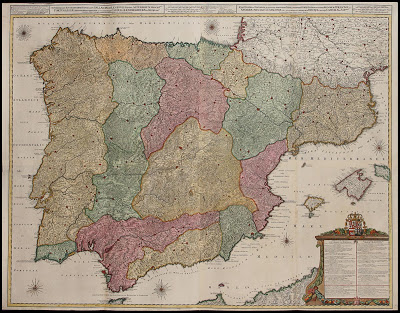 Includes a large cartouche with explanations of the political divisions of Spain and Portugal in French and Dutch, headed by coat of arms and 6 compass roses. An uncommon wall map of Spain and Portugal. Luggert van Anse was engraver for Allard, Visscher and van Keulen. This edition was published by Ottens, with additions and corrections. A spectacular example.
Price: $4,800.00 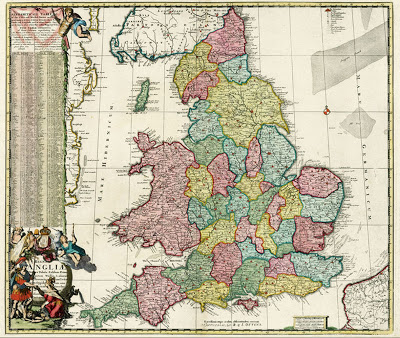 Includes a massive Alphabetical Table of the Cities and Market-Townes on the great roads in England Y Wales, Their Latitude and Longitude and in what County they are Lying . . . Ornate cartouche and rich full color.

Descripción:
A MAP OF NEW ENGLAND CONTAINING THE FAMOUS «RESTITUTIO» VIEW Copper-plate engraving with original hand color: plate size 181/2″ x 213/4″ Reference: Philip D. Burden, The Mapping of North America: A List of Printed Maps 1511-1670 (Rickmansworth, 1996), 476-477. This map is one of five that closely follows the Visscher Novii Belgii. It is a magnificent version of Hugo Allard’s edition published by the Ottens brothers, after their purchase of Allard’s plate in 1708, and shows the famous «Restitutio» view of New York. In 1664, the English successfully captured New Amsterdam and renamed it New York. The Dutch were entirely unable to rival the English, but for one brief episode between 1673 and 1674 when they recaptured the city and renamed it New Amsterdam. It was then that this updated version of Visscher’s map was first engraved replacing the inset view of New York with what became dubbed the «Restituto» view. The inset celebrated the ‘restoration’ of New Amsterdam to Holland, in August 1673, by the fleet under the command of Cornelius Evertsen. The figure on the pedestal is holding a laurel of victory, while the updated glimpse at the southern tip of Manhattan shows a city that has grown significantly, and is a triumphant indication of Dutch pride in its recapture. Unlike the Visscher view, here the town is depicted from the east. On the right-hand side of the view is part of the wall that became Wall Street, with its guardhouse and gate. To its right are new settlements that were just beginning to crop up north of the wall. This view actually shows the Dutch capture of the town in progress, with soldiers marching along the quay and a cannon firing from the fort. Despite the fact that the city was returned to the British under the Treaty of Breda the following year, this map with the «Restitutio» view continued to be published for almost a century by Dutch mapmakers, perhaps for reasons of nostalgic national pride. By this time, Dutch overseas power was waning, particularly in America. This view, with its grandiose presentation of momentary triumph, played to the need for some affirmation of Dutch colonial power even in the face of overwhelming evidence to its demise 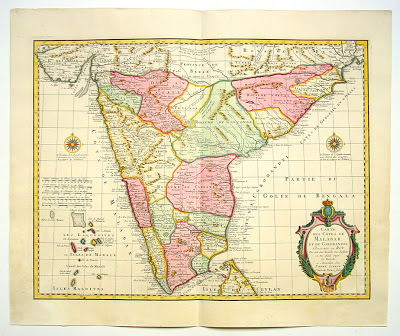 JOACHIM OTTENS
1663-1719
Joachim Ottens and his sons Renier (d.1750) and Joshua (d.1765), were prominent Dutch booksellers and map publishers from about 1680 to 1790. Joachim was initially employed as a copperplate engraver by Frederick de Wit (1630-1706), but founded his own business in 1711. Although he died only a few years later, his sons Renier and Joshua took over the firm and presided over its most prolific period. The Ottens family’s most notable contribution to cartography was its enormous made-to-order multi-volume atlases such as the Atlas Major. 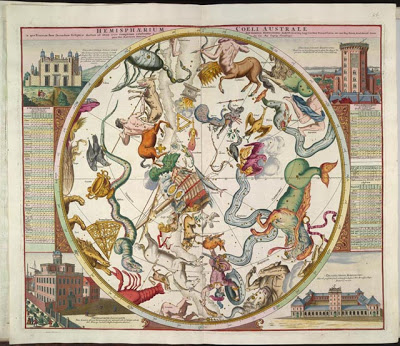