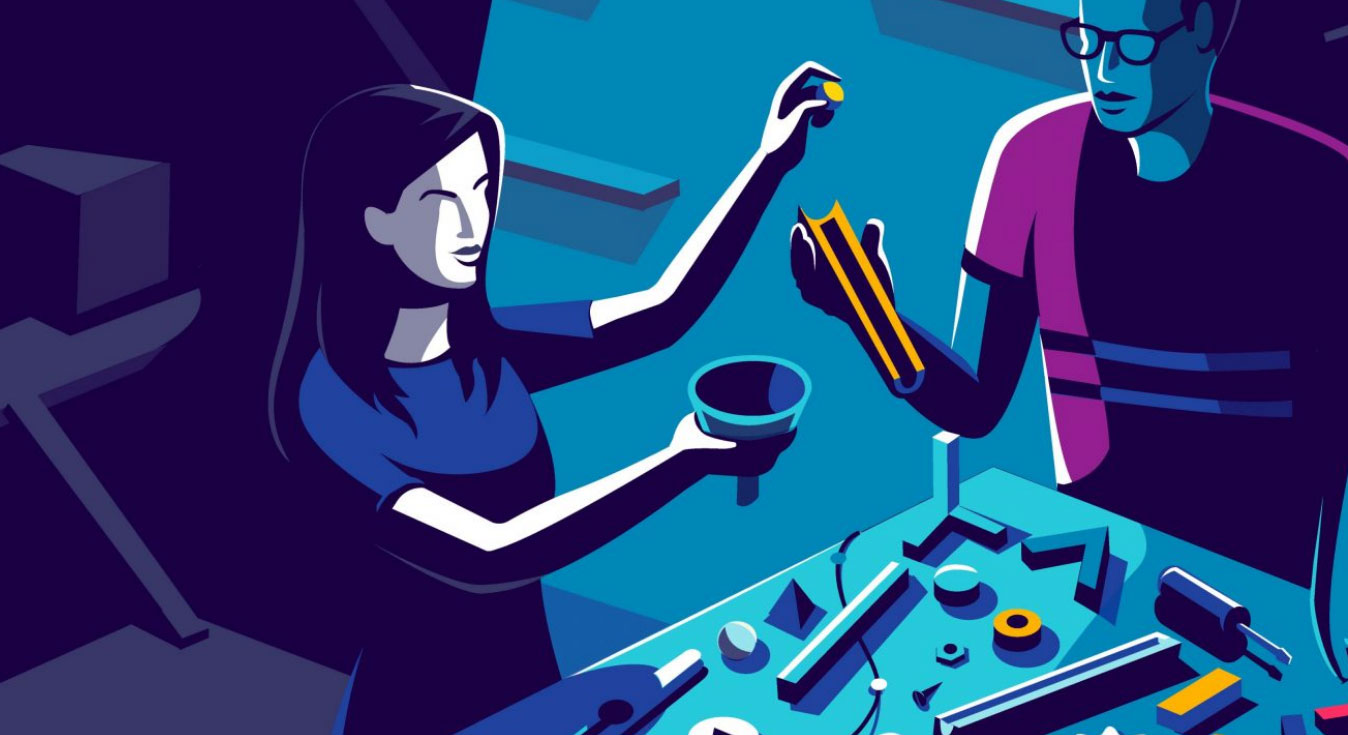 The detailed analysis concludes that warming temperatures associated with climate change will likely create increasingly dry conditions across much of the globe in the next 30 years, possibly reaching a scale in some regions by the end of the century that has rarely, if ever, been observed in modern times.

The maps use a common measure, the Palmer Drought Severity Index, which assigns positive numbers when conditions are unusually wet for a particular region, and negative numbers when conditions are unusually dry. A reading of -4 or below is considered extreme drought. Regions that are blue or green will likely be at lower risk of drought, while those in the red and purple spectrum could face more unusually extreme drought conditions. (Courtesy Wiley Interdisciplinary Reviews, redrawn by UCAR. This image is freely available for media use. Please credit the University Corporation for Atmospheric Research.

The University Corporation for Atmospheric Research promotes partnership in a collaborative community dedicated to understanding the atmosphere—the air around us—and the complex processes that make up the Earth system, from the ocean floor to the Sun’s core. more below >

The National Center for Atmospheric Research provides research, observing and computing facilities, and a variety of services for the atmospheric and Earth sciences community. more below >

UCAR Community Programs provide leadership, services, and innovation in support of the community’s education and research goals. more below >

NCAR and the UCAR Community Programs are managed by UCAR, a nonprofit consortium of research universities, on behalf of the National Science Foundation and the university community. 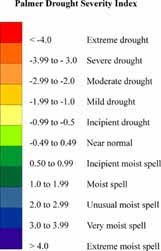 The Palmer Index was developed by Wayne Palmer in the 1960s and uses temperature and rainfall information in a formula to determine dryness. It has become the semi-official drought index.

The Palmer Index is most effective in determining long term drought—a matter of several months—and is not as good with short-term forecasts (a matter of weeks). It uses a 0 as normal, and drought is shown in terms of minus numbers; for example, minus 2 is moderate drought, minus 3 is severe drought, and minus 4 is extreme drought. At present, northern Virginia is at a minus 4.0 point; north central Maryland is at a minus 4.2 level, and southern Maryland is at least a minus 4 level.

The Palmer Index can also reflect excess rain using a corresponding level reflected by plus figures; i.e., 0 is normal, plus 2 is moderate rainfall, etc. At present, north central Iowa is at a plus 5.2 level, and parts of South Dakota are even higher.

The advantage of the Palmer Index is that it is standardized to local climate, so it can be applied to any part of the country to demonstrate relative drought or rainfall conditions. The negative is that it is not as good for short term forecasts, and is not particularly useful in calculating supplies of water locked up in snow, so it works best east of the Continental Divide.

The Crop Moisture Index (CMI) is also a formula that was also developed by Wayne Palmer subsequent to his development of the Palmer Drought Index.

The CMI responds more rapidly than the Palmer Index and can change considerably from week to week, so it is more effective in calculating short-term abnormal dryness or wetness affecting agriculture.

CMI is designed to indicate normal conditions at the beginning and end of the growing season; it uses the same levels as the Palmer Drought Index.

It differs from the Palmer Index in that the formula places less weight on the data from previous weeks and more weight on the recent week. 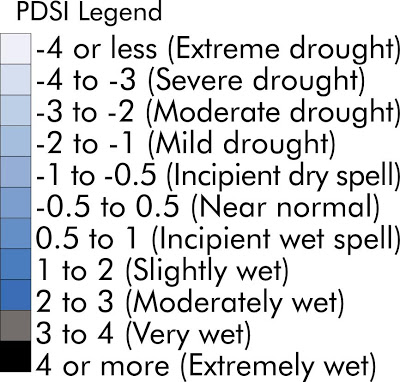 The Palmer Drought Severity Index (PDSI) (known operationally as the Palmer Drought Index (PDI)) attempts to measure the duration and intensity of the long-term drought-inducing circulation patterns. Long-term drought is cumulative, so the intensity of drought during the current month is dependent on the current weather patterns plus the cumulative patterns of previous months. Since weather patterns can change almost literally overnight from a long-term drought pattern to a long-term wet pattern, the PDSI (PDI) can respond fairly rapidly.

The hydrological impacts of drought (e.g., reservoir levels, groundwater levels, etc.) take longer to develop and it takes longer to recover from them. The Palmer Hydrological Drought Index (PHDI), another long-term drought index, was developed to quantify these hydrological effects. The PHDI responds more slowly to changing conditions than the PDSI (PDI).

Publication details
Published in October 2010 by WWF – World Wide
Fund For Nature (Formerly World Wildlife Fund),
Gland, Switzerland. Any reproduction in full or in
part of this publication must mention the title and
credit the above-mentioned publisher as the
copyright owner.

© Text and graphics: 2010 WWF
All rights reserved
The material and the geographical designations in
this report do not imply the expression of any opinion
whatsoever on the part of WWF concerning the legal
status of any country, territory, or area, or concerning
the delimitation of its frontiers or boundaries. 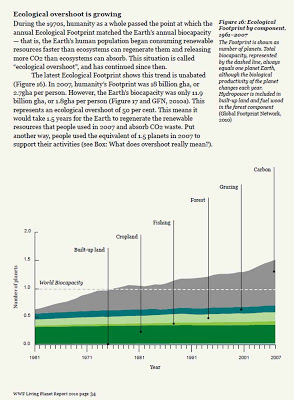 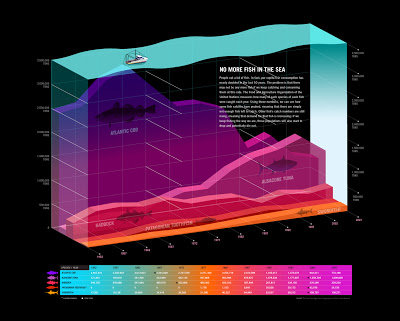 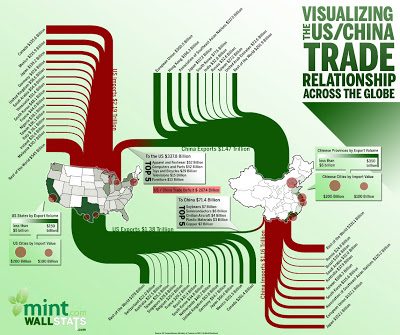