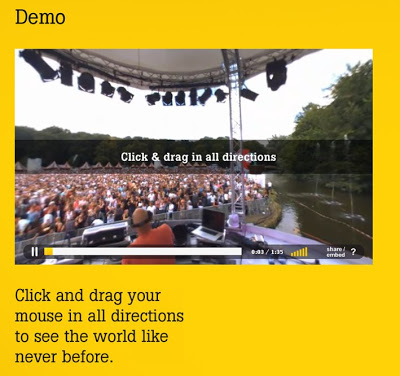 The founders
Marc Groothelm and Rafaël Redczus met a few years ago, and founded their company in March 2009.
In 1999 Redczus launched a technology to create a still 3-D image. It triggered a revolution and almost instantly attracted clients including Volkswagen, ABN-AMRO, Four Seasons (Japan), Ritz-Carlton (Hawaii), Center Parcs, Frico Domo, Big Brother and the Netherlands Railway.
In 2001 Redczus learnt about the technology for capturing not just a still image, but also a moveable 3-D image in a spherical shape. The systems were still expensive and unsuitable for use on the computers of that time. Moreover, Internet connections were too slow, as were the computers themselves, and the introduction of Flash 9 was still years away. When the latter did arrive, online video and 3-D took a giant step. From then it was just a matter of time before technological advances enabled their extensive application.
Groothelm and Redczus met at Groningen University in 2005. Their meeting formed the basis for an intensive cooperation with Groothelm, specialised in Strategy & Innovation, managing to drastically improve and couple existing technologies.
The result is a technologically advanced business that aims to claim a strong position in the international world of film, working directly for clients, and in partnership with advertising agencies and film production companies, offering the most intense film experience online today. 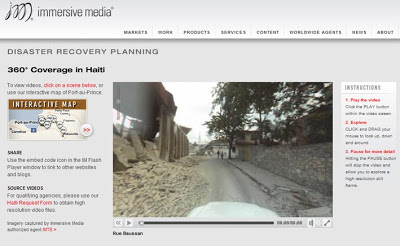 Immersive Media is the pioneer and leading world provider of 360°, full motion, interactive videos. What started with the popular «street views» found on leading search engines has become a phenomenon of advanced, experiential media.
Immersive Media’s high-resolution, 11-lens camera and full complement of production and post-production services are being used by prominent brands to deliver cutting edge live entertainment and advertising. They are capturing the globe’s most interesting cities, attractions and events in engrossing detail. And they are being tapped by military and law enforcement groups for in-depth monitoring, surveillance and training.
Headquartered in Calgary, Alberta, Immersive Media Corp. has two wholly owned subsidiaries: Immersive Media Company in Portland, Oregon, and IMC Sensors (DBA Immersive Security) in Dallas, Texas. Immersive Media Corp. is a publicly traded company on Canada’s TSX Venture Exchange under the stock symbol «IMC.»
David McCutchen, Immersive Media’s Chief Technical Officer, was working in the special effects industry in the 1980s when he started searching for a camera system that could capture wraparound images. When he found that no such system existed, McCutchen used the principles of geodesic design to develop the technology himself. He applied for a patent in 1989, it was issued in 1991 and Immersive Media was formed three years later.
Since 1994, Immersive Media has been the world leader in 360°, full motion, interactive videos. The Dodeca® 2360 camera system, Immersive Media’s flagship product, is currently in fourth-generation hardware. The company maintains ongoing development of new camera and software platforms, with a patent portfolio covering key discoveries and capabilities of interactive and immersive video.