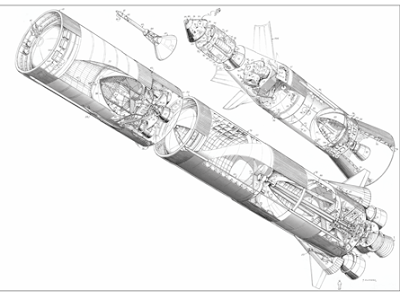 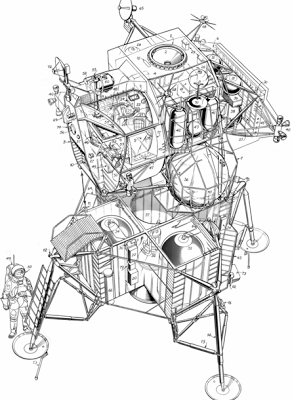 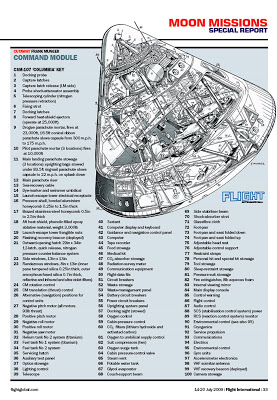 Frank Munger, the technical artist responsible for many detailed cut-away aircraft and spacecraft drawings published in Flight International has passed away:

Frank drew more than 250 cutaway drawings; the major ones took more than 300 hours each to complete. He retired in 1985 but continued to draw for publications. He also took up model engineering and watercolour and oil painting. A selection of his works now hangs in the RAF Museum at Hendon, north London. Frank left London and moved to West Hallam, near Derby, and joined the Rolls-Royce Heritage Trust. One of his last projects was helping to restore and test a Rolls-Royce Merlin engine. He won many awards from the Guild of Aviation Artists.

Frank was a quiet, unassuming man but at his studio desk, cutaway in progress, he always gave those interested a warm welcome. His skill with the pen, knowledge of what was needed and which details to omit, gave clarity and understanding to his drawings. He was once asked what makes a good cutaway artist. He replied: «An artist who really wants to know what goes on under the skin.»