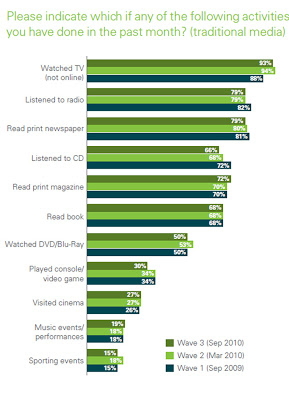 Anytime, anywhere
The rising demand of media on the move KPMG’s media and entertainment barometer kpmg.co.uk

«Over the past year traditional media has held up well, and despite the ever growing availability of online media, consumers still expect and consume both. This has led to a mixed ecology, with people accessing content in the traditional way and online. The popularity of consuming media in the traditional way remains very resilient.» David Elms, KPMG 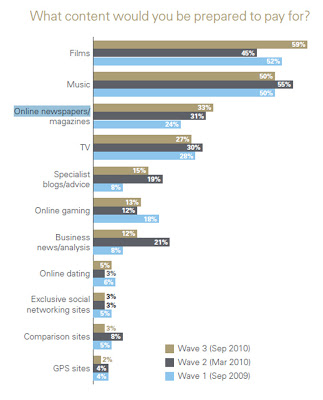 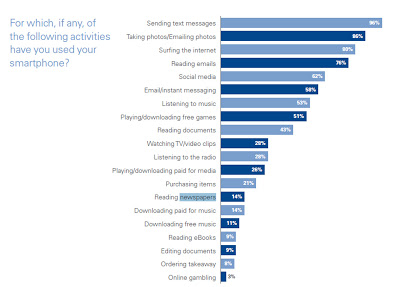 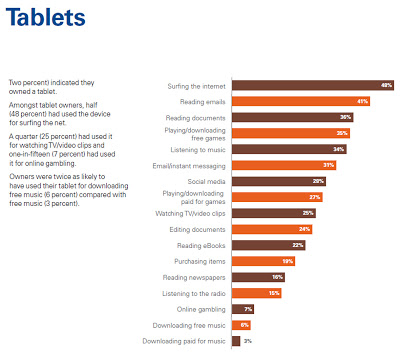 Newspapers, books and print magazines
•
86 percent of consumers said they preferred to consume media offl ine rather than online. The most popular reason was a preference to reading physical copies.
•
Amongst those who had engaged in new media activities, the highest mean spend was on digital books, with 22 percent of those spending more than £5.
•
Over the past six months there had been a small increase in the proportion reading digital books.

– Newspaper and magazine readers aged 18-34 were less likely to pay for print media compared with the general population.

– Some major national newspaper groups have introduced paywalls for their online content, and all eyes have been on whether they are likely to be successful in the long term. Our survey suggests that as long as content is available for free elsewhere, the majority of consumers (79 percent) would rather find a different provider than pay for content online.

KPMG in the UK has over 10,000 partners and staff working in 22 offices and is part of a strong global network of member firms. Our vision is simple – to turn knowledge into value for the benefit of our clients, people and our capital markets.